In our newsletter article of 30 June 2020, we outlined the key points of the so-called Maurach draft for the modernization of partnership law. On this basis, the government draft of a law to modernize partnership law (Gesetzes zur Modernisierung des Personengesellschaftsrechts – MoPeG) was published on 20 January 2021, thus taking another important step towards what is surely the most significant reform of partnership law since the introduction of the German Civil Code. This article describes the main features of the government draft and shows the need for action that will arise in practice if the legislative process is successfully concluded.

I. Main features of the government draft

In its landmark decision “ARGE Weißes Ross” of 29 January 2001, the Federal Court of Justice (Bundesgerichtshof – BGH) expressly recognized, in form of judicial development of the law, the legal capacity of a company constituted under civil law (Gesellschaft bürgerlichen Rechts – GbR) which engages in legal dealings with third parties. More than 20 years after this decision, the legal capacity of a GbR is now to be stipulated in the German Civil Code (Bürgerliches Gesetzbuch – BGB). However, this is only the starting point for a fundamental reform of GbR law. Based on the Maurach draft, the government draft contains comprehensive new regulations on the legal relationship of the GbR partners among each other and to the company (voting rights, profit and loss participation, transfer of partnership interests) as well as on the external relationship (power of representation, external liability of the partners). Further details will not be outlined in this article.

Another key objective of the reform project is to create transparency with regard to the existence, identity and representation of GbRs. The government draft therefore provides for the introduction of a separate company register for GbRs, which is based closely on the electronic commercial register in terms of its technical and organizational structure. The effort associated with the creation of such a new registry is likely to be rather significant. This is one of the reasons why the MoPeG is not scheduled to come into force until 1 January 2023.
However, entry in the register of companies is voluntary (sec. 707 para. 1 Draft German Civil Code (BGB-E)) and thus, in particular, not a prerequisite for a GbR to acquire legal capacity. According to the explanatory memorandum of the government draft, in order to minimize the scope of regulation to the extent required, a “system of positive incentives with partial de facto compulsion to register” is to be used. This factual coercion is to be generated primarily by so-called pre-registration requirements: For example, a GbR can only be entered in the land register as the owner of real property if it has been entered in the company register. The same applies to the entry of a GbR in the list of shareholders of a limited liability company (Gesellschaft mit beschränkter Haftung – GmbH), to the entry of a GbR in the share register of a joint stock company (Aktiengesellschaft – AG) and to the entry of a GbR as a partner of another GbR or of a general partnership (Offene Handelsgesellschaft – OHG) or limited partnership (Kommanditgesellschaft – KG). Upon registration of the GbR in the company register, the addition “eingetragene Gesellschaft bürgerlichen Rechts (registered company under civil law)” or “eGbR” is mandatory; the Maurach draft only provided for a corresponding right, but no obligation.
Unlike the Maurach draft, the government draft waives the pre-registration requirement for the registration of a GbR as the owner of industrial property rights – namely patents, utility models, designs, trademarks and topographies. It is rightly criticized that in the area of significant intellectual property rights there is also a public interest in the publicity of the identity as well as the liability and representation relationships of a GbR as the owner of such rights. It remains to be seen whether changes will be made in that regard in the further course of the legislative process.

3. New law on defects in resolutions

According to the current legal situation, defects in partnership resolutions lead to such resolutions being null and void. Anyone who invokes the nullity of the resolution or the incorrectness of the ascertained resolution result may assert this by filing a general action for a declaratory judgment (sec. 256 German Code of Civil Procedure (Zivilprozessordnung – ZPO)) against the other shareholders. The current legal situation has been criticized as being rather impractical because the possibility of taking legal action – contrary to the need for legal certainty – is in principle unlimited in time and no distinction is made based on the severity of the defect in the resolution.
It was therefore a fundamental concern of the Maurach draft to comprehensively reform the law on defective resolutions of partnerships along the lines of the voidability concept (Anfechtungsmodell) under stock corporation law. Unlike the Maurach draft, however, the government draft is content with reforming the law on defects in resolutions for commercial partnerships and deliberately leaves out the GbR and the partnership company (Partnerschaftsgesellschaft). However, the partners of GbRs and partnerships companies are free to adopt the voidability model by implementation into the partnership agreement. On the other hand, the partners of an OHG or a KG can deviate from the voidability concept by respective stipulations in the partnership agreement.
In line with the provisions of stock corporation law, sec. 110 German Commercial Code (Handelsgesetzbuch – HGB-E) expressly distinguishes between voidability (Anfechtung) and nullity (Nichtigkeit) with regard to the consequences of a defect in a resolution. Accordingly, any resolution that violates legal provisions may be voidable (anfechtbar). On the other hand, a resolution is null (nichtig) if its content violates legal provisions that cannot be waived by the shareholders. However, unlike under stock corporation law, where sec. 241 German Stock Corporation Act (Aktiengesetz – AktG) contains a list of grounds for nullity, such grounds are not regulated. According to the explanatory memorandum of the government draft, a ground for nullity is in particular a breach of those rights that belong to the indispensable core area of membership; further concretization is left to case law and science.
With regard to the legal procedure, the government draft, again, consistently follows the voidability concept under stock corporation law: Grounds for voidability must be asserted by the shareholder entitled to contest by filing an action for voidability within a limited period of time, which is three months from the date of notification of the resolution to the shareholder entitled to contest it. This period may be shortened to one month in the partnership agreement.

While auditors and tax consultants have been able to practice in the legal form of a KG or a limited partnership with a limited liability company as general partner (GmbH & Co KG) for some time due to special provisions in the respective professional law, lawyers, doctors, architects and other liberal professions have not been able to do so. This, too, is now to be changed. The new regulations contained in the government draft provide that in future liberal professions may be practiced in the legal form of an OHG or KG (or GmbH & Co. KG) “insofar as permitted by the applicable professional law”.
With regard to lawyers, this decision is incumbent on the competent federal legislature, which has already opened the door to freedom of form with the publication of the government draft of a law on the reorganization of the professional law of professional practice companies for lawyers and tax advisors and on the amendment of further regulations in the area of the legal professions – simultaneously with the publication of the government draft of the MoPeG.
For other liberal professions, such as physicians, architects and civil engineers, the decision lies with the respective state legislatures. It is not yet clear how they will position themselves in detail. It is to be hoped that harmonious regulations will be found through appropriate coordination in order to avoid a “patchwork rug”.

Partners of GbRs are well advised to keep an eye on the further development of the legislative process and to prepare themselves in good time for the numerous changes, should they become law. On the one hand, this concerns the review of existing partnership agreements with regard to necessary adjustments to the fundamental changes in GbR law brought about by the MoPeG.
First of all, it will have to be examined whether the voidability concept for disputes regarding defective resolutions should be adapted in the partnership agreement. It will then have to be clarified whether a voluntary entry of the company in the company register – for example to increase transparency and thus creditworthiness – should be sought. For GbRs that hold, or wish to acquire, real estate or shares in other companies, this will be indispensable due to the pre-registration principle outlined above. In this case, it is important to take the necessary precautions in good time in order not to lose valuable time in upcoming transactions due to an outstanding entry in the company register.
For the shareholders of commercial partnerships, the main question will be whether the provisions in the partnership agreement regarding the passing of shareholders’ resolutions are compatible with the voidability concept. This relates in particular to the formalization of procedure for passing resolutions by regulating the forms and deadlines for convening, announcing and holding shareholders’ meetings. The government draft of the MoPeG does provide for a few regulations in this regard, for example on convening and quorum. However, in many cases, certain amendments of those provisions might be required in order to accommodate the respective shareholders’ interests. 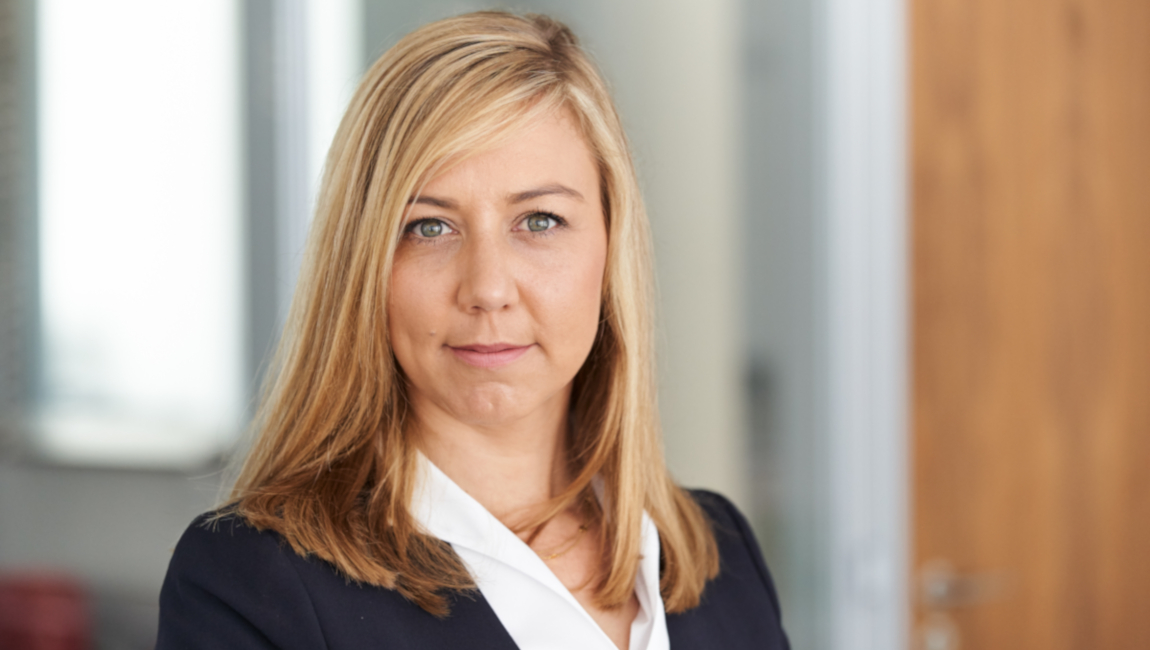 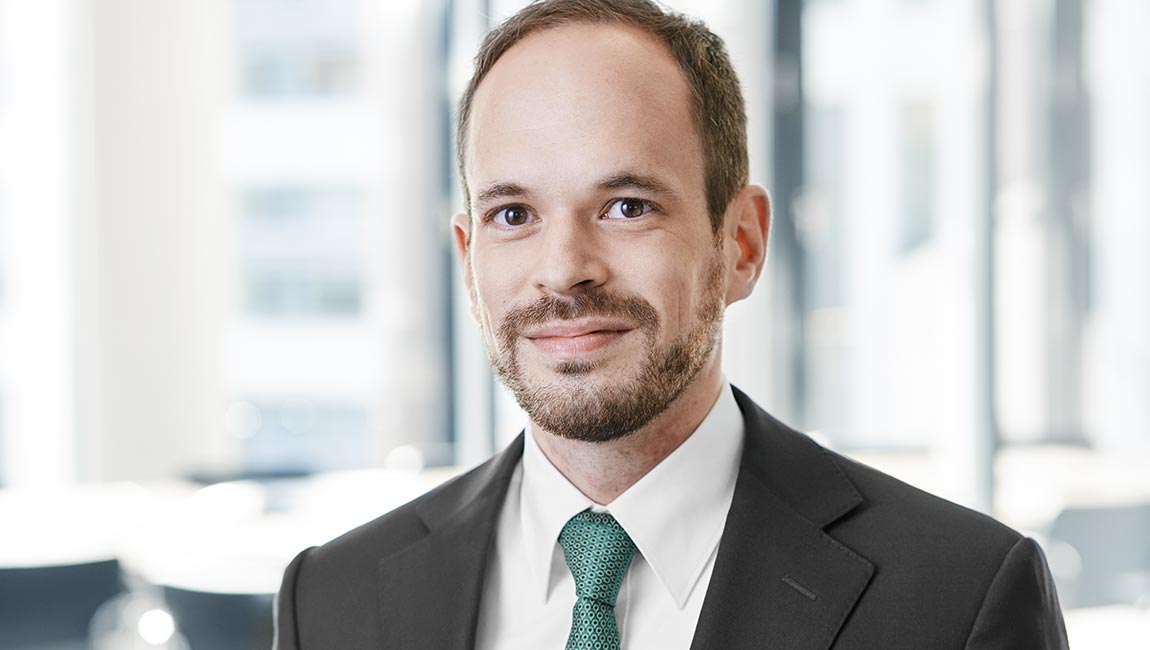 EUROPE AS A DIGITIZATION ENGINE FOR GERMANY’S NEW GROUND? CHALLENGES OF...honert advises management on the sale of Engelmann Sensor to DPE
Scroll to top